Only two more to go this season

While we’re usually just getting started in January, this season we’re down to only a pair of games in Pennsylvania remaining. Here’s the dates and the current status. All are ticket-only at this time. For prices and other details, refer to the TRIPS page in our header.

For more information or to make a reservation, shoot us an email at info@capsroadcrew.com. Those who have already contacted us about attending these games are counted among those with pending reservations.

Sat, Feb 26-PhiladelphiaWe have a great block of lower bowl seats for only $80 but tickets are being claimed quickly. All tickets have been claimed but contact us asap to get on the waitlist as space becomes available.

Sat, April 9-PittsburghWe have the same great seats in Section 115 as last visit and at the same price, $220.  Plenty of tickets remain but our headcount must be in soon so get in touch asap if interested.

All four trips so far this season have been wins. What a time!

The Roadies who attended the game in Detroit on New Year’s Eve gathered at Harry’s Detroit beforehand and were treated to a great time with the locals before heading over to the incredible Little Caesar’s Arena to witness history yet again. Ovechkin scored power play goal no. 275 to pass Dave Andreychuk for the most all-time. With an additional goal by Ovie and one by Kuznetsov, our boys brought home a thrilling 3-1 victory over the Red Wings. 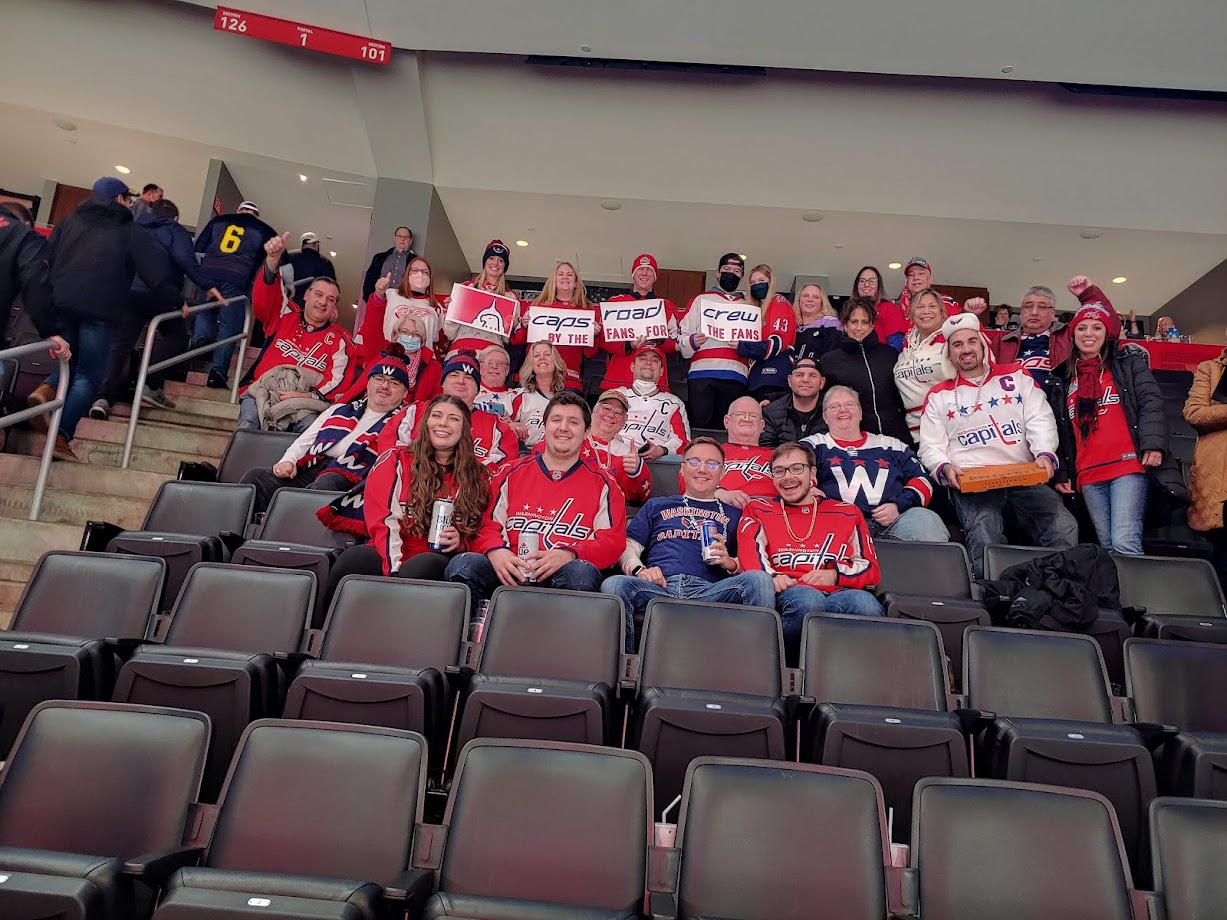 Just two weeks later, the Crew braved the polar temps on Long Island for the first-ever Caps game at the new UBS Arena! It’s much nicer than the Coliseum with hot running water and everything. Bad jokes aside, it’s a nice barn and long overdue for a passionate fan base. Those fans were disappointed when Vanecek shut out their team 2-0 sending the Roadies home all smiles. 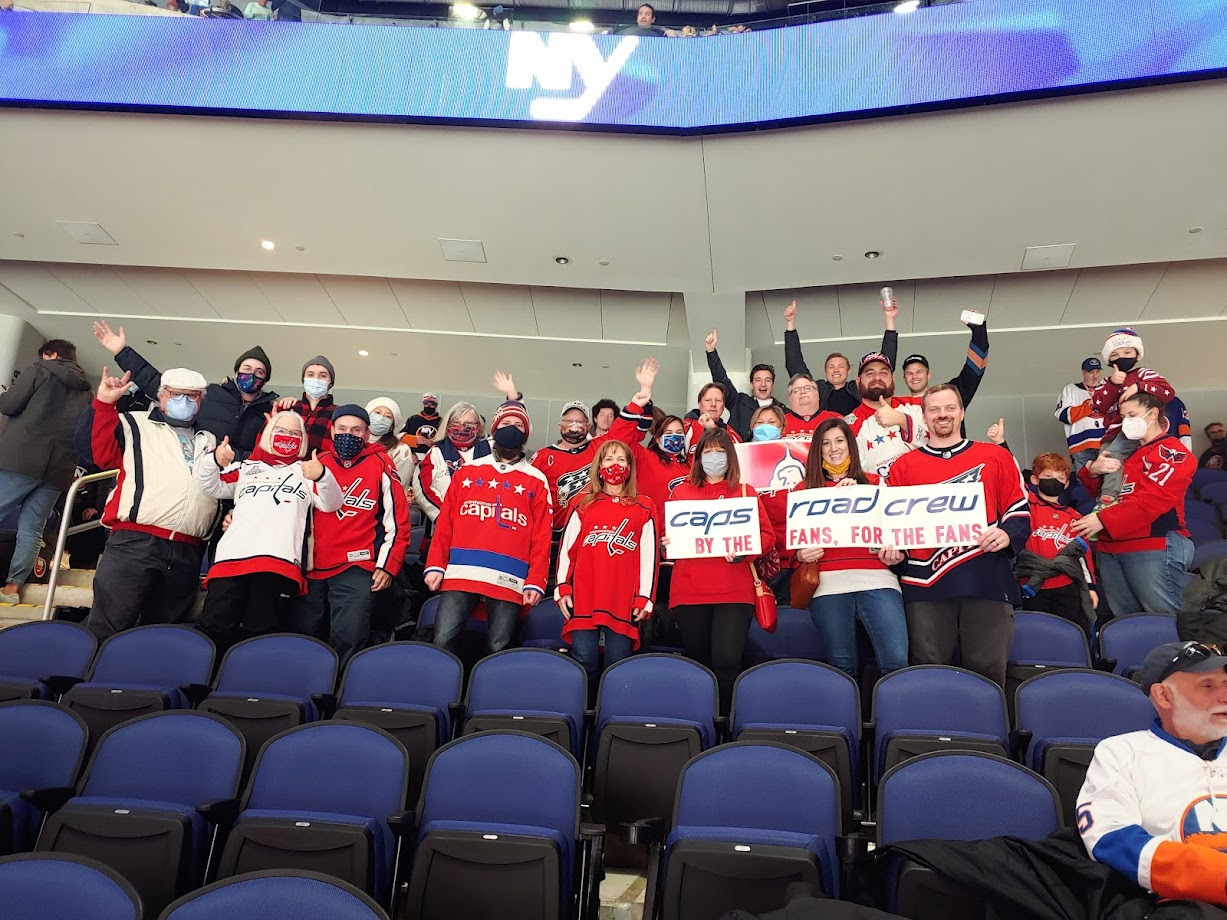 We keep a list of Caps fans in enemy territory so if you live outside the DMV and want to be sure to be included on our activities in your area, shoot me an email with your zip code and I’ll update our records. This is especially crucial if we end up with last-minute or extra tickets for a game near you.